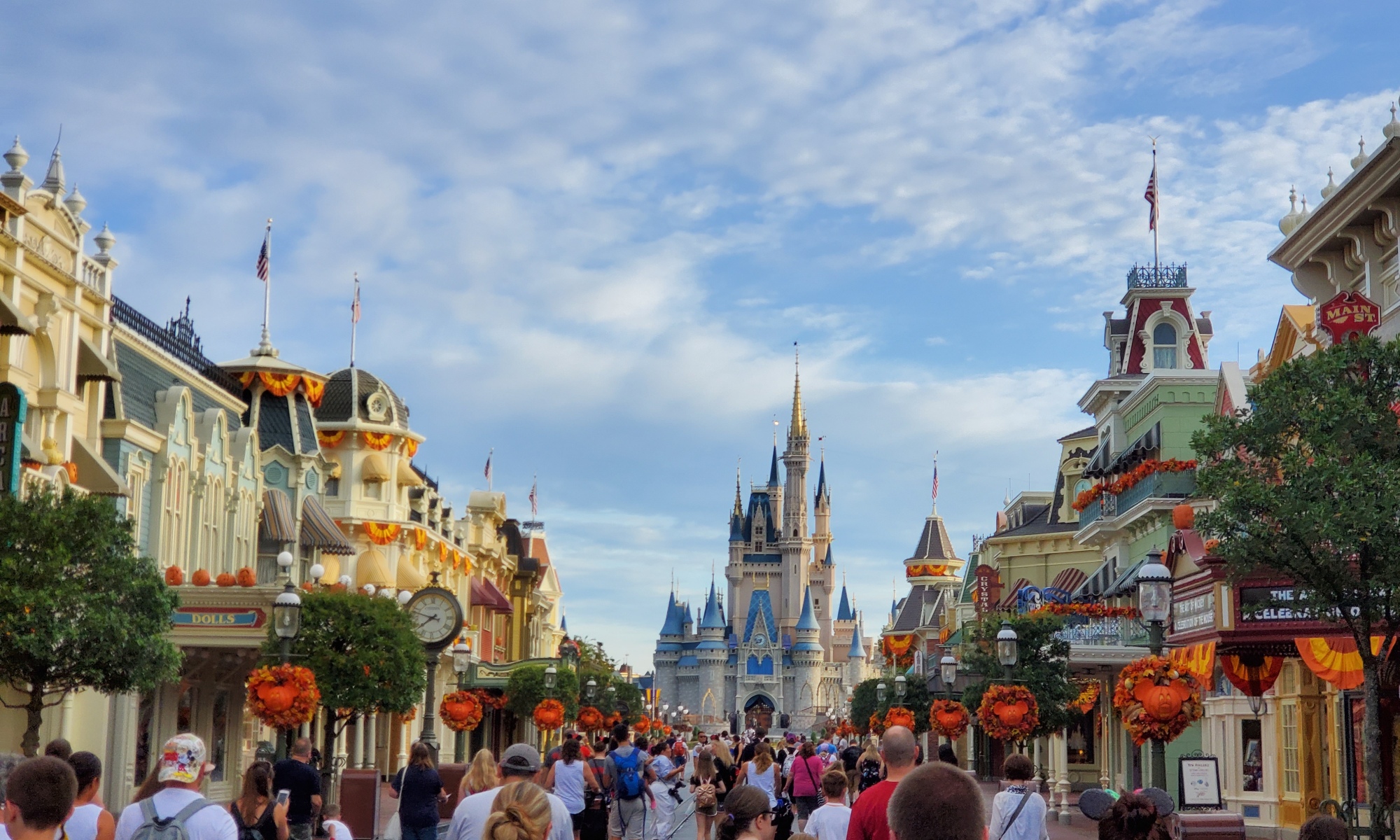 AH, the Magic Kingdom, the number one most visited theme park in the World. Over 20 million people visited this park last year. Yes 20 Million people well 20,859,000 to be exact. That’s a lot of people.

On an average day you figure 57,148 walk through the front gates into the Magic Kingdom. Some days you have less. Others you have much more. The capacity at Magic Kingdom is believed to be 100,000 people. During Christmas and New Years the park has hit capacity (at some level or another) and some years it will hit it very early in the day. Just know that when Disney reaches capacity they do it in 4 different phases.

As the park starts filling up they start limiting the number of people that can enter. Starting with single day, single park tickets. Resort guests and Annual pass holders won’t get restricted till the very final phase and that has only happened once in the past 10 years or so (April 7, 2009).

It’s tough to say if any of the rides here at Magic Kingdom Suck. Stitch’s Great Escape wasn’t great at all. Many people didn’t like it but it did have a small fan club. ExtraTERRORestrial Alien Encounter was a much better attraction than Stitch. Of course I was 18 when I went on Alien Encounter and almost 30 when I did Stitch.

Astro Orbiter and Magic Carpets of Aladdin are both Dumbo Knock Offs. Both rides also seem to have long wait times for what they are. At least over at Dumbo, your kids have a nice indoor playground to play on while you wait. Nothing but the hot sun is helping you pass the time at Astro and Magic Carpets to past the time. Both rides do helps pull the crowds away from some other rides in the area like the People Mover or Pirates.

Being that Magic Kingdom is the most visited park in the world it’s not hard to see why the wait times can get so high. Trick to beat the crowds is to get those 3 FastPasses in at the 60 day mark if staying on site or 30 days if staying off site. Also arrive early in the morning. It’s not a bad idea to arrive at 8:30am for a 9am park opening.

For being such a big park, there really isn’t a lot of places to get a quick meal. There are 17 different restaurants to choose from. However, only 9 are quick service locations.

Now let’s talk about Cinderella’s Royal Table. It is located inside Cinderella’s Castle. Other than the great location there really isn’t anything else nice to say about this place. It is one of those places you should try once, just to say you’ve done it. But the food really isn’t that good.

I found it lacking in flavor. For over $70 per adult the food should be much better. I guess you are paying $20 for the food and $50 for the princesses and castle setting.

It really is sad that such a nice set up has some of the worst food at all of Walt Disney World.

Don’t get me wrong I love the special events that go on. Mickey’s Not So Scary Halloween Party and Mickey’s Very Merry Christmas Party are a good time. However, Magic Kingdom closes early for both parties. If you got a 5 day 1 park per day ticket and visited Magic Kingdom on a party day you are losing out on a couple of hours of park time for the party.

The cost of a ticket is the same on party days as they are on non party days. Pretty crazy when you think about it.

For most of the Halloween parties this year (2019), it seems like Disney has oversold tickets and the park is packed and no longer enjoyable like they were in past years. So not only do you have to buy an additional ticket for the event on top of a regular park day ticket if you want to visit in the morning. You are still dealing with crowds.

Special Events suck because all non event guest have to leave the park by 6pm. Magic Kingdom will also close sometimes for private events that you CAN NOT get a ticket for. Again the park closes for all non party guest.

The crowds at Magic Kingdom can really suck. You WILL be standing in line for everything you do at the Magic Kingdom. There really is no way around it. You can follow these tips to help cut the wait down a little.

You can look online for crowd calendars. The winter (2019-2020) crowd calendars have been way off. My personal opinion is that they aren’t very useful. Unless you know how many tickets were sold for that day. You couldn’t possibly know if one day will be more crowded than the next. Just be prepared for crowds EVERY day of the year.

Another problem with the crowds is when you go and watch fireworks. You get so packed in around the main hub. I hate, absolutely HATE that I spent the last 45 minutes waiting around the hub for a good spot to view the castle and fireworks for my daughter and I to have tons of people cut in front of us right when the show starts.

That is my biggest problem with Magic Kingdom. I’m not paying more money to get a decent fireworks view and some desserts. Plus what grown adult thinks it’s ok to cut in front of a 4 foot nothing little kid?

Between the crowds and rude people Magic Kingdom at Walt Disney World can really suck. I feel like nothing on this list should keep you from visiting the number 1 theme park in the world at least once in your life. Check out our other post on everything great about Magic Kingdom. You can see it both ways like we do.

We started a new Facebook group called US Travel Bloggers. Join if you would like to post your own travel blogs or are looking for different and unique content. We will post out last articles and fun tips, hints and tricks. It’s new and we are just now starting to try and build it. We hope to see you there.

As always, please remember to follow us on our different social media accounts. It helps you so you know when are next post go live. You never know what the next guide might be about. Don’t forget to follow our travel board on Pinterest for all your travel needs.

Looking for more Disney Related content? We have all kinds of guides to help make your trip easier and more enjoyable. Clueless on where to start? Follow us on Facebook (DisneyByKoz) and check out our handy booking guide and don’t forget to follow us to stay up to date on our latest post.

Hollywood Studios or EPCOT: Which one should you visit?

10 reason Why you need a Tripod

POP Century during the Pandemic