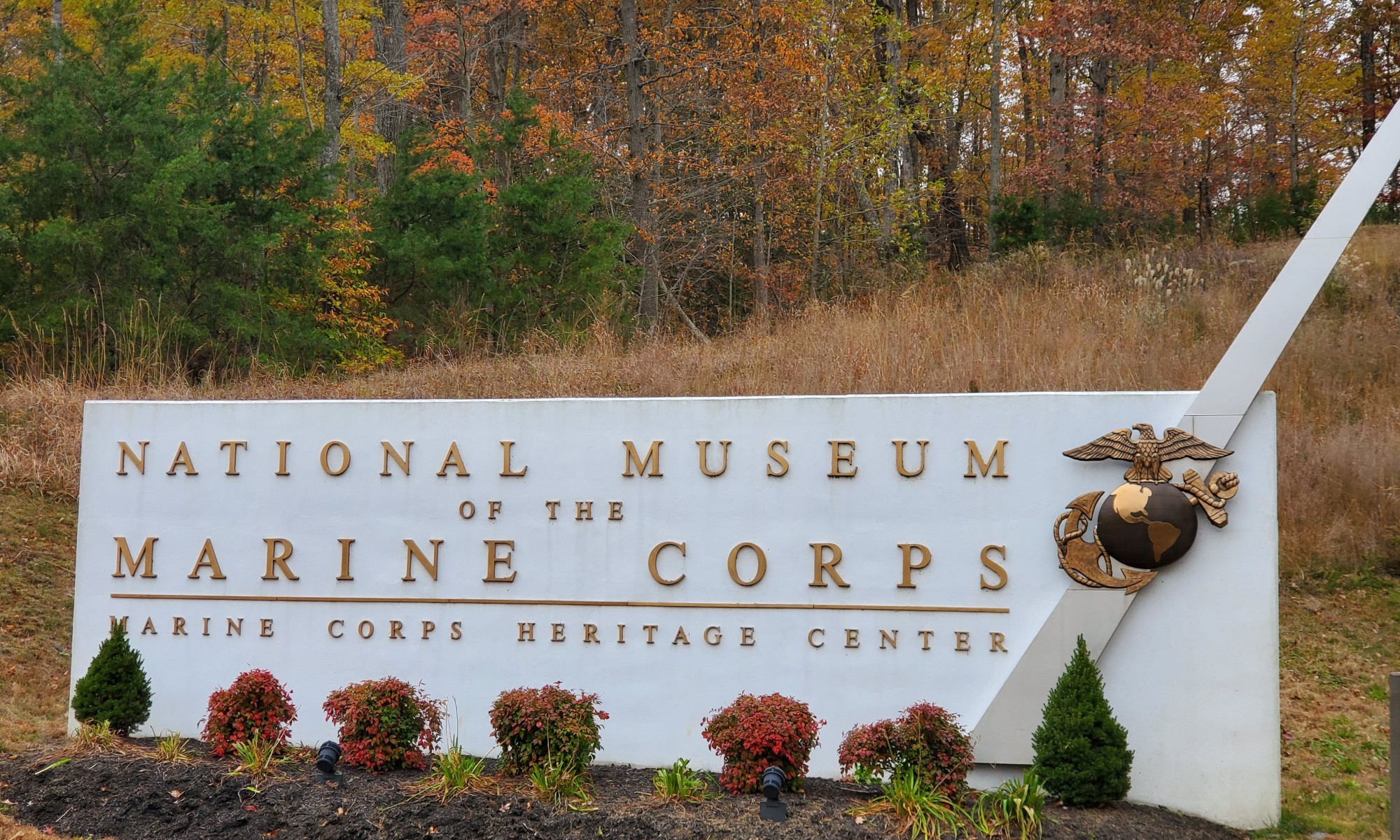 There are many places all around America that I would consider a must see. Places like New York City, Washington DC, Las Vegas, San Francisco, and many, many more. But no place is more of a must see for Marines, Veterans and Civilians like the National Museum of the Marine Corps.

Being a United States Marine Corp vet myself (01-05), walking inside gave me goosebumps. Just knowing that their have been many Marines who have visited before me and many who will visit after me is amazing. Plus all of the other Veterans for the different branches and civilians can see why we are such bad asses.

While the museum is not finished yet the last wing is under construction now (Iraq and Afghanistan), scheduled to be completed in 2020 or 2021. No one does hurry up and wait like the Marine Corp. Why wouldn’t the National Museum of the Marine Corps not do the same? After all it is one of the things the corp does best.

Now, if you ever wondered what that weird thing was, poking through the trees on Interstate 95 in Quantico VA is now you know. It is the National Marine Corps museum. It is supposed to remind you of the Flag raising on Mount Suribachi on Iwo Jima. I don’t know about you but I can kinda see it when I am looking at the building head on but not from 95.

The National Museum of the Marine Corps has tons of historical artifacts in all of the different Exhibits. There will even be a F/A -18 Hornet in the newest exhibit opening in the next couple of years.

When you enter the museum you will first walk into the Leatherneck Gallery. When you enter this area you will quickly notice an LVT-1 Amphibious vehicle. On the other side you will see an UH-34D Helicopter unloading Marines just as they would’ve in Vietnam. This helicopter was one that was flown over in Vietnam during the war. A volunteer who worked there pointed out a few different areas where they patched up bullet holes by using metal cans while out in the field.

Also take a look at the faces on the Marine figures around the helicopter. This volunteer also told us that marines stationed at Quantico were used as models. So if one looks familiar that could be why.

Be sure to also look up. Not just at the aircraft hanging from the ceiling but at some of the most famous quotes every said about Marines or by Marines. Like my favorite quote by First Sergeant Dan Daly.

“Come on you Sons of Bitches, Do you want to live forever?”

This area has got to be one of my favorite sections in the whole museum. It is the first section when you walk into the main museum area. They have a muck up of the yellow footprints where you can stand on once again.

It is a good place for people unfamiliar with the Marine Corps to get an idea of what it may have been like. Those of us that went through it know it was much different.

Now when you go around the corner you are in for a real treat. Of course it is NOWHERE NEAR what we had to deal with, when the DI’s would be yelling at us. But there is an area where you can go in and they have speakers on both sides with DI’s yelling. Like I said it is much tamer than what really goes on but it can give them a slight feel for it. Go in and close your eyes if you had the pleasure of going to Marine Corp recruit training. Your mind may take you back in time to when that was you getting yelled at.

It is also in this area that you will find the “rifle” range. Of course you cannot shoot an M-16. But they do have a laser rifle range set up. For only $5 you can’t beat that price. Plus remember every Marine is a Rifleman.

The Making Marine area is a great place for anyone to learn about how to become a Marine and all the challenges and hard work. The title is earned never given.

This is definitely something you don’t find in many other museums in the world. With 244 years and counting of great history, it will take you a while to read it all.

Learn about “the shores of Tripoli” and what the world was thinking about United States Marines. See the Civil War through both Union and Confederate Marines. All of these accomplishments were done by a force of no more than 4,000 Marines at any time from 1775-1865

This section follows the corps history from 1866 up until World War I. Many great things happened during this time and they helped keep peace around the world. They even captured some seal poachers and helped searched for survivors from a failed polar expedition.

“DID YOU KNOW MARINES WERE THE FIRST TROOPS TO ARRIVE AFTER THE 1906 SAN FRANCISCO EARTHQUAKE?”

Global Expeditionary Force exhibit has some really cool artifacts. You will find Flags that were once flown over foregin lands. You will even see gear belonging to Smedley Butler. The Marine that could talk the stripes off a zebra.

World War I was the bloodiest oversize conflict the Marines had even been in up to that time. The Marine Corps lost more Marines in the first day of battle at Belleau Woods than the previous 143 years. The total would only continue to grow. Engulf yourself in what the Marines endured while fighting in World War I.

They have some really amazing setups in this area. I really loved looking at the Marine with his Gas Mask on. Kind of reminds me of wearing my in Iraq. At least in 03 we weren’t getting hit with gas. But there is so much more in this area to check out.

Checking out the different artifacts and stories in this gallery you begin to realize why the Germans gave the Marines their nickname Teufel Hunden or Devil Dog. This is a term the Marines still use to this day.

Not only do they cover all the important battles the Marines took part in. It also talks about one of the most important things that happened in the war. Women enlisting into the Marine Corp. With their help, it enabled the Marine Corps to send 90% of the males overseas to fight. That’s a higher percentage than any other branch of service.

Make sure you take a look at the death total from Iwo Jima. Each Marine and Sailor’s death is represented by their insignia. You hear the number 5,931 but you can’t really picture it in your mind. This wall helps show you just the vast amount that number really is. Also remember that was just for a 36 day period and on ONE island.

You would be surprised to learn that the amount of Americans who are unaware that America fought in the Korean War. It is called the Forgotten War after all. What the Marines did in Korea was anything but forgettable.

The Marines in Korea had to go through so much it is hard for any of us to imagine. However, The National Museum of the Marine Corps has tried any way. There is a little room that they attempt to make feel very cold. It is set up to look like the Chosin Reservoir. I really do like the attempt that they put into getting visitors to get a feel for what it was like.

The Vietnam gallery has some of the best scenes set up in any museum I have been to. They do a great job of making you feel like you are there.

It is here where you exit out of the back of a Huey and are smack in the middle of a war zone. It is amazing the level of details that were placed into this gallery. I could even see it being tough for Vietnam Marines to have a tough time walking through this exhibit. Just reading the stories, seeing the gear. Looking at all the setups they have throughout the gallery could trigger something.

For those of us that didn’t experience Vietnam. This is a great area to really learn what it was like for a United States Marine.

The newest area is currently under construction. You can head to the second deck to get a look at the progress they have made and what will be coming in the next few years.

It is said that it will be broken into three different sections. 1976 to 9/10. An entire area on 9/11. Than 9/12 to the present. Looking at the concept art and what is already set up. This area is going to be another very cool area to check out.

Make sure you head to the second deck. Not only can you get a sneak peak at the new gallery. You get an amazing view of the Leatherneck Gallery and all the planes and quotes around the building.

There are also two places to grab a bite to eat. One is called Devil Dog Diner where you can get some quick eats. Or visit Tun Tavern and enjoy a nice meal in a recreation of Tun Tavern the Birthplace of the Marine Corps.

Downstairs you will also find the store. If you are looking for a Marine Corps souvenir this place has got you covered. T-shirts, hats, cups, mugs, flags and swag. They have some much stuff in here I could write a post just on everything in the store.

Just look at the pictures and let me know if you like what you see? Is there any other branch that is more awesome than the USMC?

This is a place that everyone should visit. Marine or Not. Bring your family, friends, next door neighbor and show them the coolest museum around. You won’t be disappointed.

Parking is free and so is admission. So not only do you get to learn about the greatest US Military branch. You get to see it all for free. Plus it’s not on a Military Base so it is even easier to come and see.

Have you ever been to the National Museum of the Marine Corps? Are you planning on visiting soon? Let us know in the comments below.

First time visiting KozmoPhotos? We post reviews and guides on Disney, Philadelphia, Washington DC, New York City and places in between. Follow us on social media to be the first to know when we posted. Just click on the button below than follow. Semper Fi

8 Common Beginner Photography Mistakes and how to fix them

Should you visit Walt Disney World in 2021

200 Places to visit in the United States

10 things every beginner needs when getting started in Photography 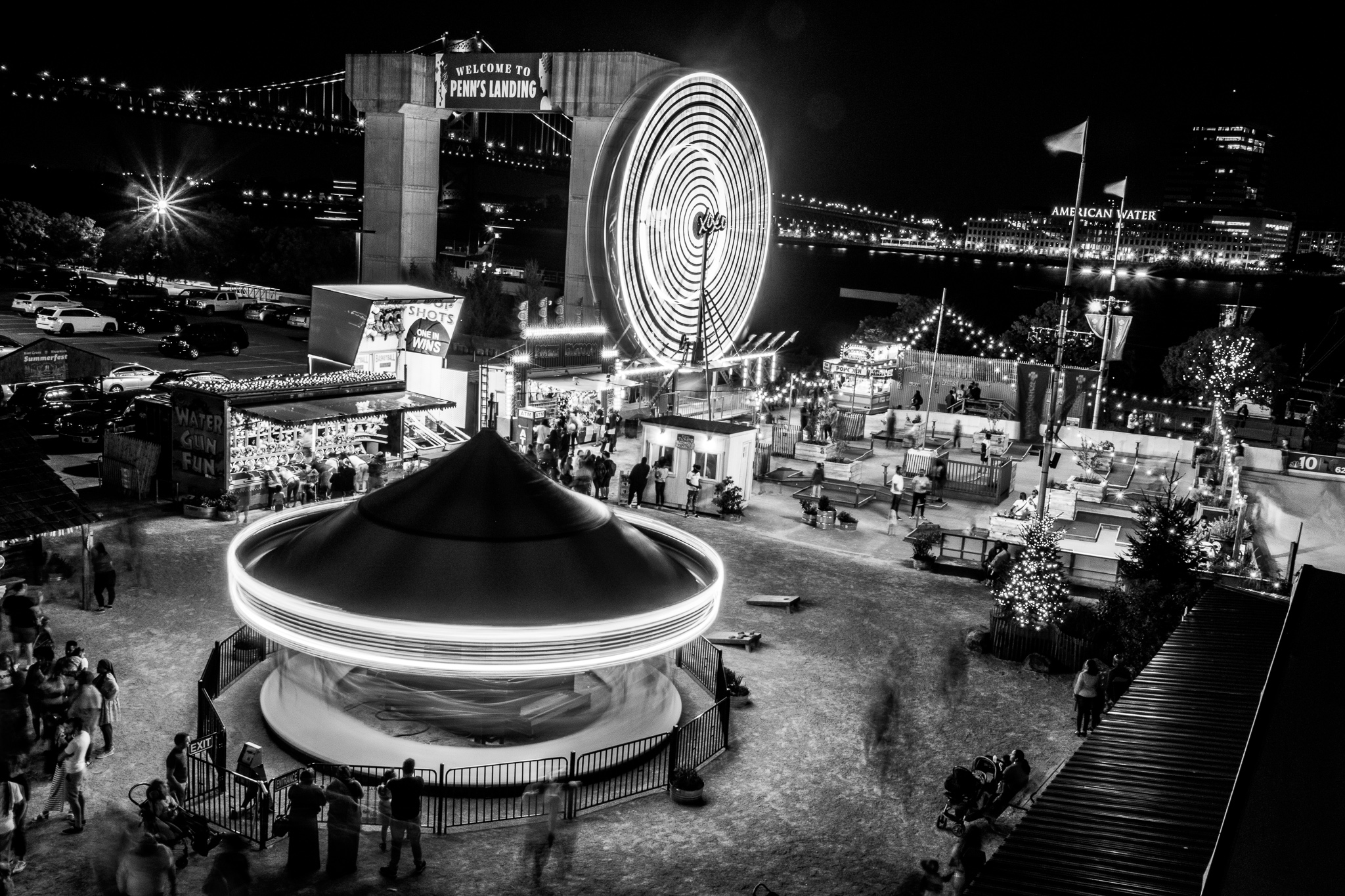