Before the sun even started thinking about rising, I was up. Just like so many other days on this trip or even this year. Here I was up before 5 am. I guess my body is so use to being up this early that it wakes itself.

Around 7am I started to wake her up. She was ready to go to “school” today. She had her Slytherin skirt, a white shirt, robe, and wand. She was all set and ready to go. We didn’t eat breakfast yet since we were going to grab a bite to eat at the Leaky Cauldron.

We left around 07:30 to make it to the park by opening. For resort guest and annual passholders you can get into Universal Studios and Islands of Adventure and hour early. This is a really great perk for staying onsite at Universal. Something Disney World is seriously missing.

We took our 20ish minute walk over to CityWalk and were greeted with a nice line. Apparently, a lot of other Universal Resort guest had the same idea as we did. The security line did move quick and a little after 8am we were heading back towards Hogsmeade.

We rode Forbidden Journey and forgot to try to get a pass for Hagrid’s. After that we jumped on the Hogwarts Express and headed over to Kings Cross Station so we can venture into Diagon Alley. We made it over to the Leaky Cauldron just before the park officially opened.

There was only one group ahead of us when we got in line for breakfast. I ended up ordering the American Breakfast and my daughter got the Pancake Breakfast. She also got a butterbeer with hers. I just got a coffee.

Everything we had for breakfast was good. The eggs were good. The pancakes were nice a fluffy. The croissant was nice and buttery. Oh, and who could forget about the bacon and sausage. They too were delicious.

If you are looking to get breakfast in the parks. The Leaky Cauldron is the place to go. So far this has been the best breakfast we had on this trip. Of course, that isn’t saying much since we’ve been mainly moving from place to place and being on the road before breakfast time anyway.

After breakfast we explored Diagon Alley again and again. We went to all the different locations to try her spells. Some of them were easy. Others not so much. One was almost impossible to complete.

I think she only had that one work once or twice. That’s with over 50 tries. The good thing was it didn’t seem like it was just her. Many and I mean many people were having trouble. Even some of the more seasoned wizards and witches were having trouble.

We must have been walking around working on our spell casting for an hour. It didn’t matter though. She was really loving every second of it. We would do a spell. Walk in a shop. Do another spell. Check out another shop.

When she was finally ready to go we headed out and back into London. We went and knocked on the doors to see if anyone would answer. No luck with anyone answering but someone did look out their window.

After a little fun with the doors and Knight Bus we headed back to the train. But first we had to call the Ministry of Magic. Sadly, we didn’t get through to anyone and they said that they were currently busy. Oh well, we will try again soon.

We didn’t spend too much time in Hogsmeade. We tried a little magic and went to go visit the rest of the park. It was starting to get really hot too! My daughter still had her robe on and I just don’t know how. She still swears she wasn’t hot just her arm would was a little sweaty.

Jurassic Park was the next section we visited. We watched the new VelociCoaster a bunch of times. I really did want to try it but she didn’t seem too thrilled. I knew I wouldn’t end up getting on it but boy did it look like it would be a lot of fun.

We continued our way through Jurassic Park and stopped a bunch of times to take pictures or check out the different little shops. We also headed into Camp Jurassic the children’s play area on this “island”. She really wanted to ride Pteranodon Flyers and so did I since you get a great look at the area.

However, she was too tall to ride. Since she couldn’t go on neither could I. It was a bit of a bummer but it is nice that they have a ride just for kids to ride.

We started to make our way out of the park after that. We stopped off in Toon Lagoon and Skull Island than headed back to Cabana Bay so we could take a break and do a little swimming. It was starting to get really, really hot.

We only went swimming for less than an hour before we started getting hungry. It was ok since the pool would be closing soon anyway. So we headed back to our room to get changed and head back out to the park.

When we got back to Universal, I wasn’t to sure where to go for dinner. My daughter wanted to go back to the Leaky Cauldron and get fish and chips. I know my mom loves her fish and chips but wasn’t too sure how my daughter would enjoy them.

Turns out she loved them. I do have to say that they were pretty good too. They were nice and fresh and hot. You could tell that they had not been sitting out for any amount of time.

I ended up getting the Scotch Eggs. I’ve gotten these before at the PA Ren Faire and really enjoyed them. Well at the Leaky Cauldron I enjoyed them as well. Now I didn’t care for the apple beet salad that came with it but I got dessert to help hold me over.

We got a Butterbeer and Chocolate potted cream. I wasn’t really sure what it was when I ordered it but I wanted to try it anyway. It sounded interesting and I figured it would be some kind of pudding dish. Turns out I was right and they were good. It definitely hit the spot if you know what I mean.

Once we were done our early dinner we headed back out into the park. It did start raining a little bit so we put on our ponchos. However, they didn’t stay on for too long. We both figured we would rather get wet and stay a little cool than have the ponchos on and sweat.

All the rides at Universal had decent wait times and the outdoor rides were currently closed due to the weather. Since we weren’t ready to leave yet we headed over to Islands of Adventure to hopefully ride a few rides.

I must say I really do like the fact that you can walk or take the train between the two parks. The walk doesn’t take too long either and depending on where you start off at. It might be faster than going to the train station and waiting for the next train.

Once in Islands of Adventure we headed to Seuss Landing again. We rode on the Cat in the Hat and checked out the sweet shop. They were currently having a deal on fudge so we bought some to bring back to the room. That turned out to be a great idea as the week continued and we wanted something a little sweet to snack on.

After we grabbed our fudge we headed towards Hogsmeade to check the wait time for Forbidden Journey. It was only posted at 20 minutes so we went on. It turns out it was closer to 30 minutes but it was ok.

When we got off the ride and back out into the park the rain and stopped and the skies started to clear. We didn’t end up doing too much after this. More walking. A few more rides. Plus a lot of pictures being taken.

I took so many pictures at this point that I knew I would have to upload them onto my computer soon because I was going to have to make space on my phone soon. I had used my phone so much at this point that I didn’t even bring my DSLR with me most of the time. One reason was I didn’t want to break it. The other reason was for most of the pictures I’ve needed my phone would work just find.

As you can see most of the photos so far have been from my phone. Some of them are pretty good. This just goes to show you that most people don’t need a DSLR. Now I am not saying a phone will replace or should replace a DSLR. However, a phone is good for most situations. Check out this link for taking better pictures with your phone.

Before we left the park for the day we went over to watch the Incredible Hulk Coaster. My daughter just loved watching it. Not really sure why but she always wanted to go watch it. Plus it give her some time to pull out her phone and call her grandmother. Which she was doing all the time.

After we watched the roller coaster launch for what felt like a 100 times we went back to the resort. We did a little more swimming and went around the lazy river at the resort. There was a big difference in the water temperature between the two.

Once we were done swimming we got a little late dinner. Than it was time to wind down and get ready for day seven. I really can’t believe it has almost been a week. When we wake up tomorrow it will be a week and we still have a ton of time to go.

Be sure to come back to more to continue on our journey through Florida and Orlando.

Want to continue on the journey with us? Be sure to follow us on social media by clicking the icons below. We post content weekly and are always looking for fun and exciting places to visit. Just drop us a line on where we should go next or what we should do.

Thank You everyone who has commented and followed us. It means a lot and helps us continue making post, photos, and guides for you. Till our next post….. Have a great day!

Swimming with the Fishes – Day 9 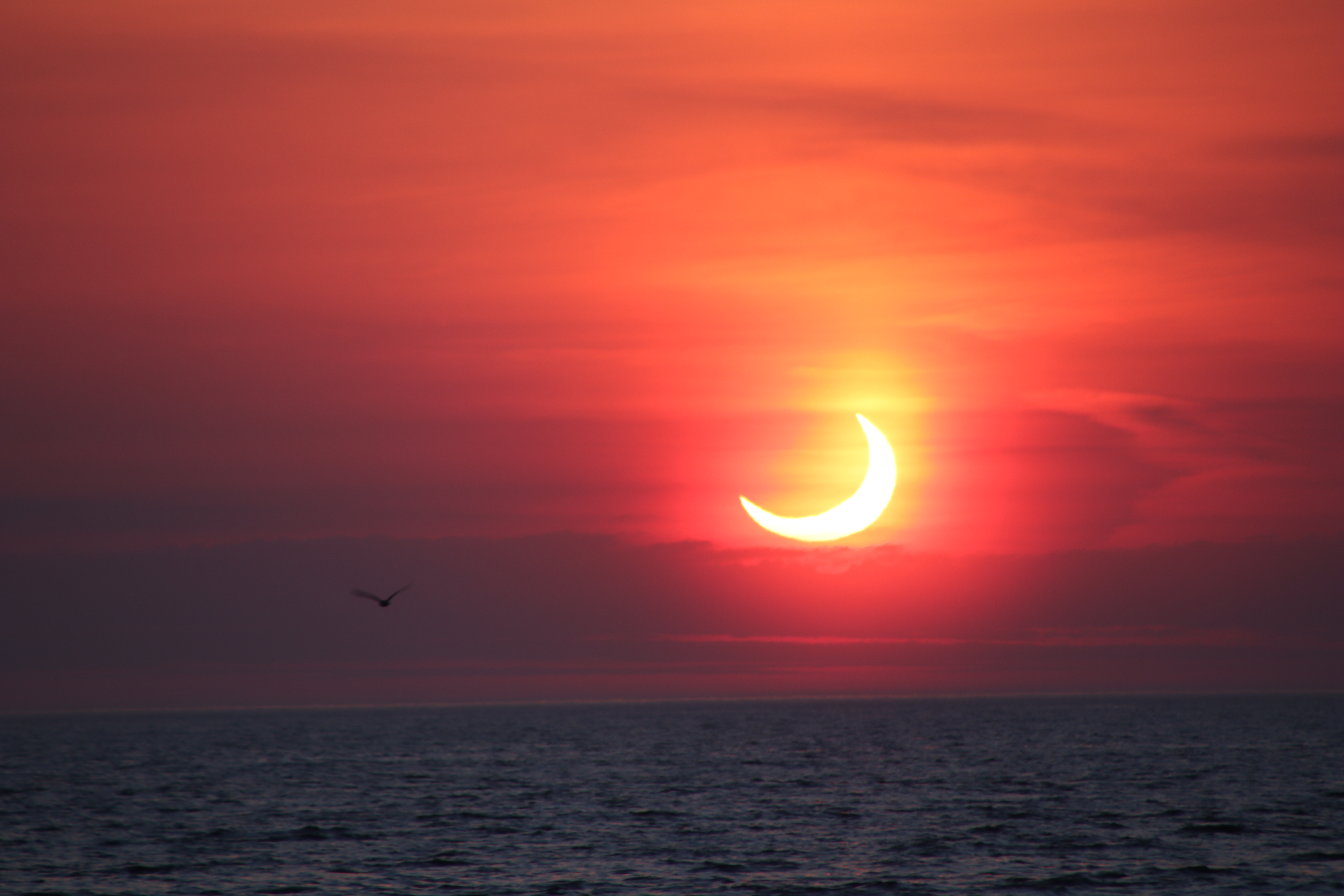